The exhibition presents the most valuable part of the library of Counts Tyszkiewiczs of Raudondvaris, which is stored in the Stock of Rare Books of KTU Library. In 1930, Walter Fischer, the owner of the German bookshop in Kaunas, donated a part of the library of Raudondvaris Manor (7874 books) to the University. As years went by, many of these books were passed on to other institutions. More than 800 publications of the Counts Tyszkiewiczs have been preserved in the University Library.

In order to provide as much information as possible about the unique publications, the title pages or the most informative pages of books from 15th to 17th centuries are exhibited (more attention is paid to the books reflecting the realia about the life of Dukes of the Grand Dutchy of Lithuania). They are accompanied by translations of pages or parts of pages from Latin, Old Polish and Ukrainian languages*.

* Texts were translated by Sigitas Lūžys.

The Uniqueness of the Raudondvaris Counts Tyszkiewiczs Library

The Raudondvaris Library was one of the largest libraries among the 19th century Lithuanian manors, revealing the wide range of interests of the Counts Tyszkiewiczs and demonstrating their respectful attitude towards books. The majority of the collection consists of 19th century publications of various subjects, but the most valuable part of the collection is made up of 15th to 18th centuries prints and manuscripts. Several generations of Tyszkiewiczs have contributed to the enrichment and preservation of the library.

In 1846, the representative of the owner of Raudondvaris, Benedykt Emanuel Tyszkiewicz, the college assessor Leonard Lyubowitsky bought the personal library (or most of it) of Senator Vasiliy Novosiltsev, which consisted of 4,605 publications.

In 1868, the library of the parents of the orphaned Benedykt Henryk Tyszkiewicz, was moved to Raudondvaris, and it consisted of 2,828 titles from 16th to 19th centuries. The traveller, photographer and collector Benedykt Henryk Tyszkiewicz added various publications to the collection of the Raudondvaris Library that he brought back from his travels, bought in antique shops or bookstores, and also added photographs from his journeys in Algeria, Egypt, China, Ceylon, Japan and elsewhere.

In 1903, Benedykt Jan Tyszkiewicz took over the management of the manor from his father. Between 1903 and 1914, he and his wife Roza Branicka paid special attention to the expansion of the library. Michał Federowski, a renowned Polish collector and ethnographer, helped them to acquire publications in local and foreign antique shops.

Before World War I, the Raudondvaris Library had about 10-20 thousand copies of books, manuscripts, iconographic and cartographic documents purchased throughout Europe. A large collection of engravings and ex-librises (about 1500 item set). The library of the manor was distinguished by its variety of languages (Latin, Polish, French, German, English, Italian, Russian, Czech, Lithuanian, etc.) and subjects (religion, history, ethnography, art, fiction, etc.). Its uniqueness was also evidenced by the plethora of book marks (stamps, marginalia) and the variety of the book cover bindings (especially between the 16th-18th centuries). 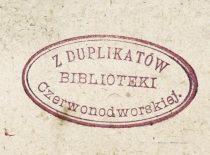 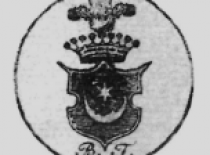 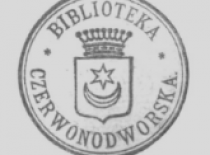 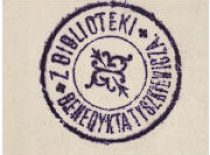 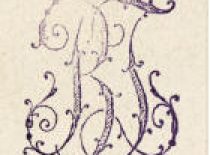 Initially, the Tyszkiewiczs dedicated a separate hall to the library. As the library grew, the books could not fit in one room, so they were organised into groups according to certain characteristics and dispersed in different showrooms and other areas of the manor. Part of the library was moved to the manor administration building.

At the beginning of the 20th century, as the First World War approached, the Counts Tyszkiewiczs decided to leave Raudondvaris. The most valuable part of the library was taken to Sucha (Poland), where it was transferred to the Polish National Library in Warsaw after World War II. The rest of it has been distributed among academic, public and private libraries. Books were also purchased by individuals, such as the bibliophile Petras Jakštas or the German bookshop owner Walter Fischer. After the death of Jakštas, the books went to the Vilnius University Library, and Fischer donated them to the library of Vytautas Magnus University.

On 15 June 1930, university leaders, lecturers, library staff, a few journalists, etc. gathered in the University Library. Walter Fischer, the owner of the German Bookshop in Kaunas, was at fault for this grand gathering of the academic community.

The Rector gave the floor to the guest, and he gave a speech and presented the Rector with the document of donation of a part of the library of Raudondvaris Manor in German and Lithuanian languages, proclaiming “since the library grew in the soil of Lithuania, it reflects the history of the life of the spirit and its development, of which is a matter of concern to all of us”. The Rector thanked Fischer for this gift and presented him with a letter of appreciation in German and Lithuanian. The Head of the Library, Prof. Vaclovas Biržiška, “expressed his great joy and satisfaction. The gift was very precious”. The collection consisted of 1/7th of the library’s stock at the time and was valued at over 100,000 Litas.

Between 17 June and 23 October 1930, 7874 copies were registered in the Library’s inventory book with the note Walter Fischer’s gift. These were mainly 16th-19th century prints, published in Latin, French and Polish. From 5th to 8th decades of the 20th century, a large number of these books were transferred to the public libraries of Kaunas County, Vilnius University and others.

Books from the 15th to 17th centuries

Only one book from the earliest period of book-printing owned by the Tyszkiewiczs remains in the library. That is a book of poems by Caius Valerius Catullus, Carmina... (Poems…, 1475 m.). There is also a preserved fragment of Hartmann Schedel’s Liber chronicarum (Book of Chronicles, 1493) about Lithuania. A few books from the 16th century have been preserved. They were Assertiones De sacrosancto et vivifico Missae Sacrificio… (Statements About the Holy and Rejuvenating Sacrifice of the Mass…, 1576) and Il primo libro d‘Architettura di Sebastiano Serlio, Bolognese… (First Book of Architecture…, 1545 m.) by Sebastiano Serlio, tied together with Reigles generales de l’Architecture, sur les cinqmanie res d’edifices… (Basic Architectural Rules About the Five Building Types…, 1545). More books from the 17th century had survived. These are Zywoty Swiętych… (Lives of the Saints…, 1603, 2 parts) by the preacher, orator Piotras Skarga, Chronica Gestorum in Europa Singularium… (Chronicle of the Extraordinary Campaigns in Europe..., 1645) by the historian Paul Piasecki, and others. The Hierosolymitana Peregrinatio Illustrissimi Domini Nicolai Christophori Radzivili… (Journey to Jerusalem…, 1601) by Mikalojus Kristupas Radvila Našlaitėlis takes up an exceptional place, as it contains valuable information on the pilgrimage. The book immediately catches the eye with its abundance of marginalia. 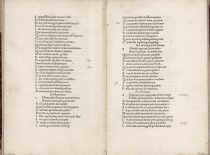 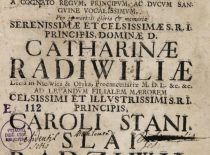 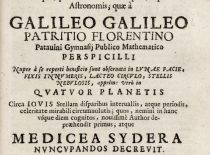 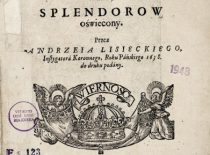 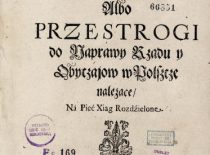 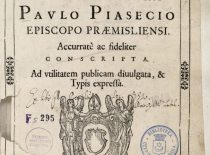 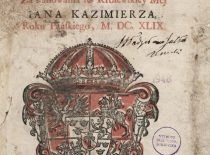 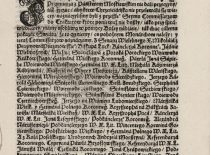 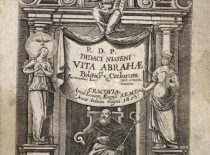 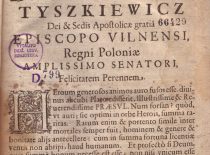 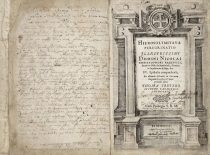 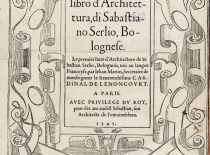 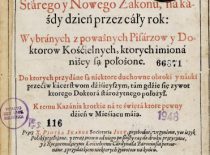 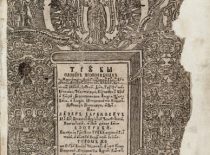 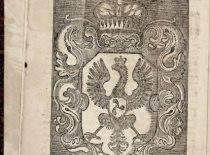 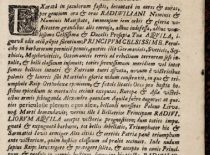 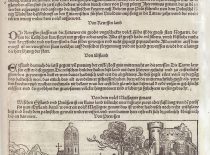