THE LEGACY OF JUOZAS TUMAS-VAIŽGANTAS TO THE LIBRARY

MUSEUM OF THE HUMANITIES / RAŠLIAVOS MUSEUM

In the autumn of 1922, at the Faculty of Humanities of the University of Lithuania, Juozas Tumas-Vaižgantas began giving his lectures on the subject of history of Lithuanian literature. While preparing for the lectures, the writer faced a problem – the lack of archive material. In 1923, with the initiative of the writer, the Museum of Culture was established at the Faculty of Humanities, later called the Museum of the Faculty of Humanities. On 23 May 1924, the first cabinet was built to store the exhibits of Rašliavos (Writings) museum, as it was named by Vaižgantas. After the opening of the museum, the writer addressed the public and the students of the University, urging them to actively contribute to the collection of the archive material; he collected the material himself, while traveling around Lithuania, and initiated the transfer of material stored abroad back in here. The Rašliavos (Writings) museum collected Lithuanian cultural workers’ correspondence, literature manuscripts, printed materials, and photographs. In 1927, it contained 985 manuscripts, 647 documents, 301 photographs, 105 music sheets, etc. In 1929, after the writer left the University, Vincas Mykolaitis-Putinas took over the management of the Museum, until the Faculty handed over the Museum’s collection to the Library on 3 October 1930. The Manuscript Section was established on its basis.

Juozas Tumas-Vaižgantas took care of the fate of his personal library himself, by bequeathing it to the University, and appointing his grandson Kazimieras Rimkus and the head of the Library, Vaclovas Biržiška, as executors of his will.

On 29 April 1934, the Juozas Tumas-Vaižgantas Memorial Museum was solemnly opened. The opening ceremony was attended by President Antanas Smetona, Minister of Education Konstantinas Šakenis, Rector Mykolas Römeris, Vice-Rectors Pranas Jodelė and Blažiejus Česnys, as well as other members of the academic community and the public. The museum occupied three rooms on the second floor of the side avant-corps of the Donelaitis building. The main room exhibited the bedroom furniture, the second room had the writer’s memorial belongings, and the third one contained the Manuscripts Department. The museum was open 4 days a week, and visitors had access to the writer’s personal library. When the museum was closed in 1941, many of the exhibits were handed over to the Maironis Museum of Lithuanian Literature, while the prints and manuscripts were given to the University Library, in accordance with the wishes of Vaižgantas. 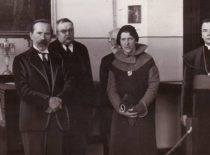 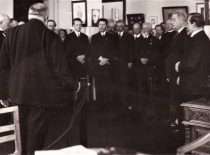 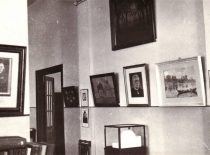 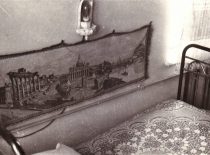 The publications were marked with two ex-librises. One of them is the first ex-libris with a Lithuanian inscription, dated immediately after the restoration of the press, i.e. after 1904 m. The inscription on the frame of the ornament, on the cartouche, reads: „Knýgu / No“, „Skyrius“, „No“. The ribbon at the bottom reads: „Kun. Juozapo Tumo.“ In the centre, against the backdrop of the Sun, two hands hold a cross, with the inscription “Ora et labora” (Pray and work) above them, and “Unitis viribus” (Unity of strength) below them. On the left, a woman is pictured sitting and writing something in a book, with a snake curled up next to her. The artist’s signature is below the ribbon, and it looks like the letter “M”. The second ex-libris was created in 1919 by Paulius Galaunė, a Lithuanian art historian and critic, painter, graphic designer, and pioneer of Lithuanian professional museology. It shows a nun reading a book in her cell. Vaižgantas marked all of his books with this ex-libris.

The books were marked with the stamp used by the writer in the late 19th century. It is known that in 1899 Vaižgantas had a small rubber stamp, which was used to stamp the inscription “KUNIGO / JUOZAPO TUMO / KNINGYNAS” (“PRIEST’S / JUOZAPAS TUMAS / LIBRARY”) in blue or purple in his books.

One of the erliest records of it reads: “Isz JůZapo Tumo kningyno”. In a publication in French, the inscription “Joseph de Tumas” can be found. Several publications show the inscription “Exlibris Josephi Tumas”, or written in red or blue pencil “Tumas” or “Tumo“. 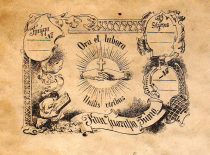 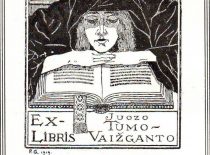 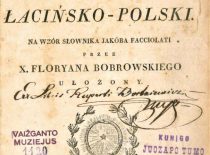 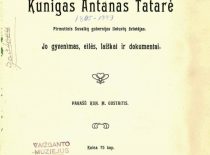 The surviving personal library consists of 1061 physical items of books and periodicals. These publications are from the 19th and 20th centuries, they cover the fields of history, religion, theology, linguistics, art history, sociology, etc., they were published in Latvian, Polish, Russian, French, English and German languages. The collection is notable for its informational publications: encyclopaedias, linguistic and root dictionaries. Works of famous writers or public figures, such as Jonas Basanavičius, Wilhelm Storost-Vydūnas, Marija Pečkauskaitė-Šatrijos Ragana, Vincas Krėvė-Mickevičius, Balys Sruoga, and other, were preserved here.

Many of the books have dedications to Vaižgantas. The dedications of both the lawyer, diplomat, signatory Petras Klimas, and Doctor of Mathematics, Colonel Pranas Lesauskis stand out. They write: “to the good uncle” or “to Uncle Vaižgantas”. Petras Klimas married Bronislava Mėginaite, daughter of the writer’s sister Severija Mėginienė (Tumaitė), and Pranas Lesauskis married Barbora Mėginaite. 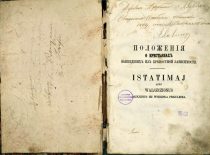 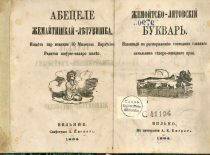 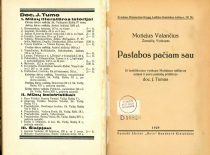 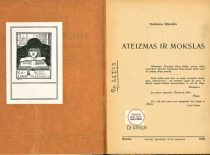 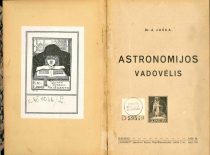 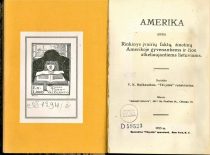 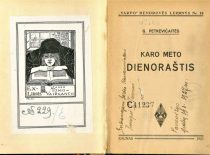 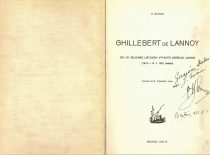 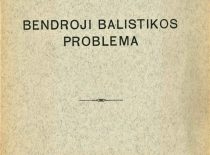 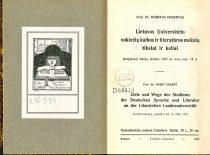 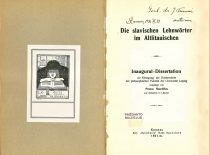 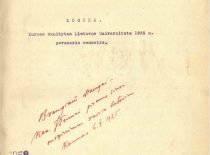 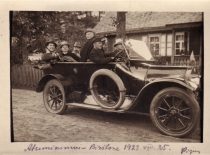 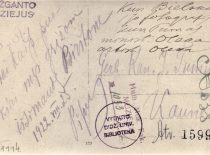 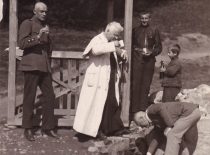 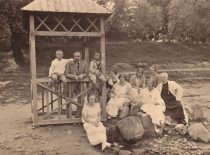 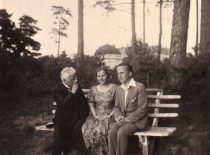 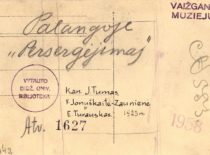 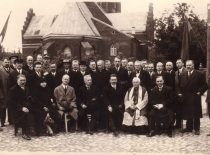 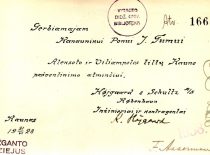 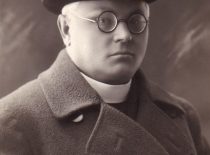 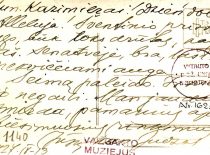