FROM THE LIBRARY OF THE COUNTS KOSSAKOWSKIS: ALBUMS

From The Library of the Counts Kossakowskis: Albums

The collection of the Counts Kossakowskis in the Stock of Rare Books contains 171 books, 46 periodicals, 2 unique manuscript albums and a genealogical tree.

The Vaitkuškis manor near Ukmergė was bought in 1760 by Marcin Kossakowski (KLKŽ*, p. 59), the governor of Viciebsk, where he established a family residence. Around 1842, the Polish-Lithuanian collector, writer, painter and Russian diplomat Stanisław Feliks Kossakowski (1795-1872) lived in his inherited manors in Lithuania, amassing a collection of works of art and books in Vaitkuškis (where his residence resides). After his father’s death, the manor was inherited by Stanisław Kazimierz Kossakowski (1837-1905), a writer and a genealogist, after 1890 he established a photo studio in the manor. At the beginning of the 20th century, the manor’s library consisted of about 12,000 books and manuscripts in various languages.

In 1907, the Lyduokiai manor was acquired by the son of Stanisław Kazimierz, Michał Stanisław Kossakowski (1883-1962), a Polish nobleman in Vilnius region and a Polish diplomat of interwar period. He amassed a rich library and family archive at the manor. 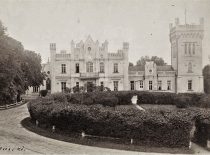 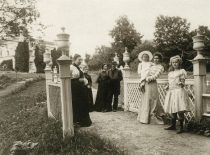 According to the Library’s inventory book records, part of the collection of books and manuscripts belonging to Counts Kossakowskis was obtained in 1934 from the Central State Bookstore.

The chronological boundaries of the collection span from the 18th century to the first half of the 20th century, but the majority of the collection is made up of publications from the 19th century. Both manuscript albums were created by the Counts in the first half of the 19th century. In terms of language, the largest number of books are in Polish, with fewer in French and the smallest number in German and Russian. The thematic structure of the collection is very diverse. It contains informative publications, especially valuable books on history, law, politics, religion, art and other sciences. Publications that tell the story of the Kossakowski family occupy a special place. 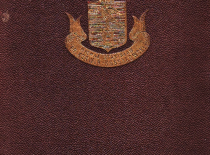 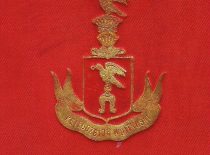 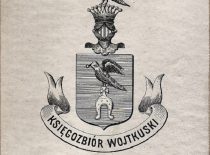 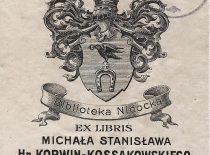 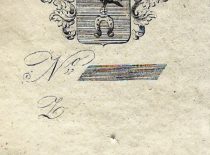 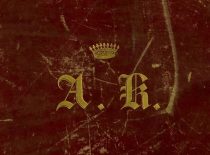 The exhibition presents two sketch albums belonging to the collection of Counts Kossakowskis.

According to the Library’s inventory books, the first sketch and cut-out album to be presented was recorded on 6 December 1934. The album is given an inventory number and the “Author” field is filled as “A. K.”, and the “Title of the book” filled as “Album”, indicated year is 1888.*** In the notes field, there is an entry that the album is being deleted from this inventory book and moved to the Carvings section. On 23 March 1950, the album was returned to the Inventory Book as “Album of French Monuments of Antiquity”.

The album is bound in dark red leather; the edges of the block are painted in gold. The edges of both hard covers are decorated with gold ornamentation, and the middle of the front cover is stamped with a golden super-ex-libris: the letters “A. K.” and a crown, which is part of the Kossakowski coat of arms. 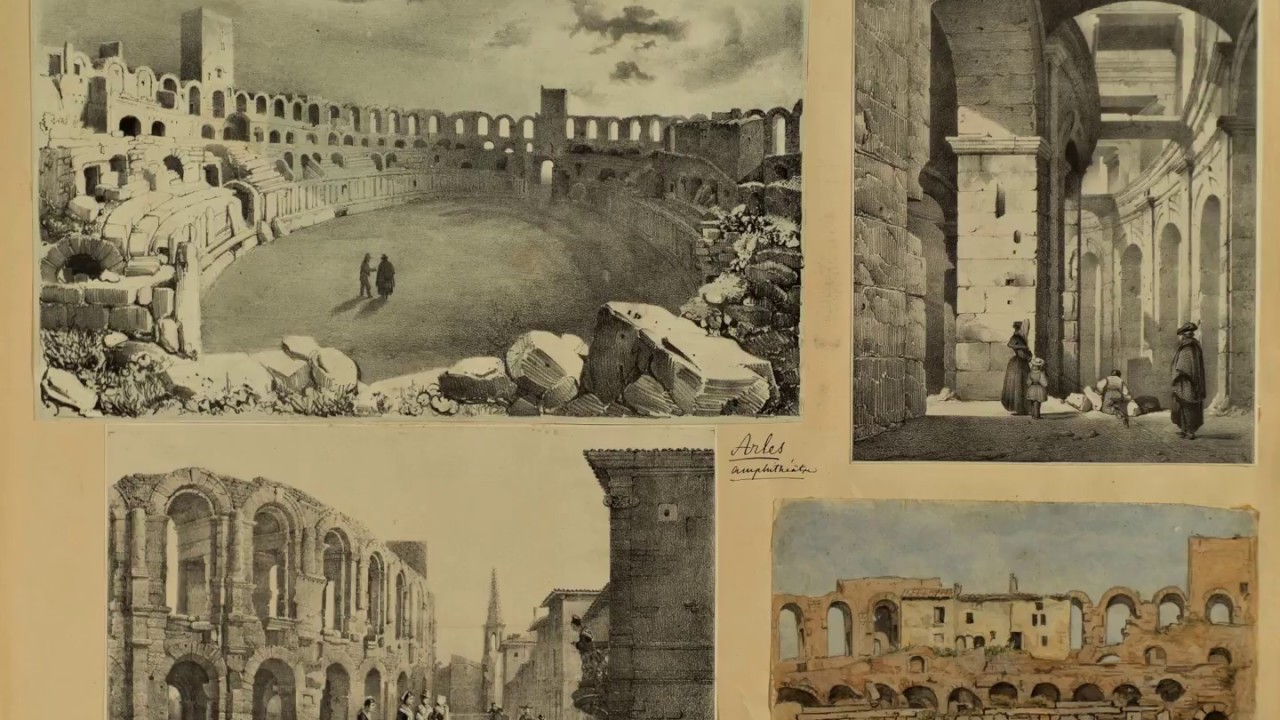 The second album presented was added to the Library’s inventory book on 23 March 1950. The name field reads “Fortification de Campagne”. The title page of the album states that the sketches were made by Stanisław Kossakowski. 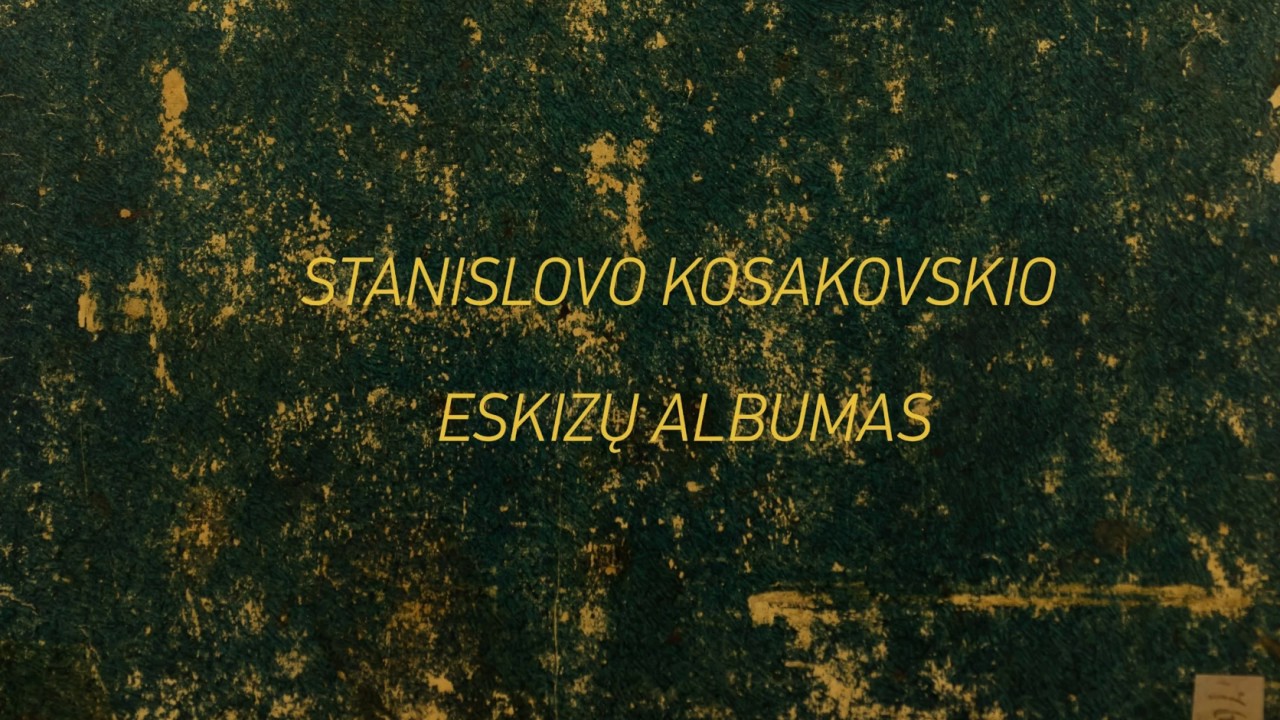