KAUNAS IN OLD PHOTOGRAPHS (3-4TH DECADES OF THE 20TH CENTURY)

Kaunas in Old Photographs (3–4th Decades of the 20th Century)

From the History of Photography

In 1839 Paris, the possibility of capturing an image on a silver plate called a daguerreotype1 was announced. A month later, photography was introduced in Lithuania, and the photos of Verkiai Palace were taken in the summer.

Probably the most creative studio photographer at that time was Karlas Baulas. Around 1926 he moved to Kaunas and set up a workshop in Šančiai, and later on Laisvės Avenue he worked at the “Economic Soldiers’ Company Photo Studio”, and at his own photography studio. According to photography historian Virgilijus Juodakis, Baulas had thoroughly studied the portraits painted by the old masters of art, their composition, lighting, hand position, which led to his understanding that similarity in a portrait is only half of the work, and that it still requires ingenuity, imagination, and the ability to see objects and phenomena in a unique way. The photographer used to say that “the client is clay and has to be kneaded”3.

In 1922, contacts between the press and photography intensified. The number of photographs in the press increased when zincographies from “Ostra” and “Grafika” printing houses began to appear in Kaunas, “and in particular, from 1929 to 1930, when the “Spindulys” printing house got its own zincography print.”4 In terms of information, photography has been attempted to be made equivalent to the text, as several photographs have been used to create photo-narratives.5 Organisation of photography exhibitions was an important step. In 1932, photographer, writer, journalist and educator Petras Babickas organised the first personal exhibition of artistic photography in Lithuania. He exhibited over 300 photographs at the Showroom of the Society of Independent Artists. Around 2,000 photography enthusiasts visited the exhibition6.

Photographs in the KTU Library7

Located at the confluence of two rivers, Kaunas was famous for its 14th century castle, port and Old Town. The photographs were usually of important landmarks, their construction or special events.

Many of the photographs capture images of the floods of 1926, 1931 and 1946. The overflowing Nemunas water reached not only the buildings along the coast, but also the city’s main streets. The most affected were the Church of Vytautas the Great and the streets on the bank of the Nemunas river. Water was also a threat to Marvelė on the other side of the Nemunas. Neris was causing trouble just like Nemunas: Bridge of Petras Vileišis was rebuilt several times after the pieces of ice were constantly flowing in the river, during the spring. Sandbags protecting buildings from rising river water were a commonly captured sight. 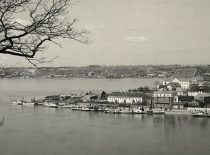 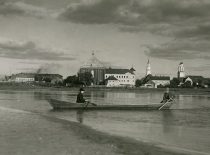 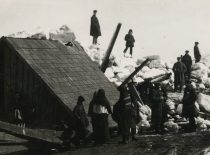 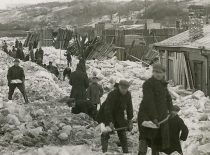 Some of the photographs show buildings that were important, but have not survived to this day.

One example is the University’s Physics and Chemistry Institute building. According to Dr. Petrulis, a researcher of Kaunas modernist heritage, the Department of the Institute of Physics and Chemistry of the University of Kaunas was exceptional in the Lithuanian inter-war architecture: the building’s “size, monumental composition, and imposing appearance could have rivalled that of the Bank of Lithuania, or even of the Kaunas Christ’s Resurrection Basilica.”8The university, which was founded in 1922, was short of premises, so an international design contest for building project was launched in 1924. Initially, the building was planned to be built on Vytautas Hill, but the following year Jonas and Juozas Vailokaičiai offered the university a 16 ha plot of their own Vėsulava Manor (Aleksotas). After the location was changed, the design of the building was entrusted to Prof. Mykolas Songaila. The construction of the palace building, which cost 2.5 million Litas, took seven years. The palace building was consecrated on 15 February 1932. At the end of World War II, the palace building was bombed.

Other photographs show buildings that have been preserved after reconstruction, or that have remained almost unchanged externally over the years.

Perhaps the best example is the Central Post House which is one of the most important representative buildings of Kaunas of interwar period. The construction of the post office began in 1930, announced as the year of Vytautas the Great. Feliksas Vizbaras, who designed the building, worked as a senior inspector at the Ministry of Transport and Communications. According to Petrulis, the designed building perfectly combined interwar modernism and elements of the “national style” and was distinguished by its luxurious interior. It was a multi-storey building “with modern lifts, a spacious operating theatre, comfortable working conditions <…> and an electric clock on the main façade, installed in 1935”9. 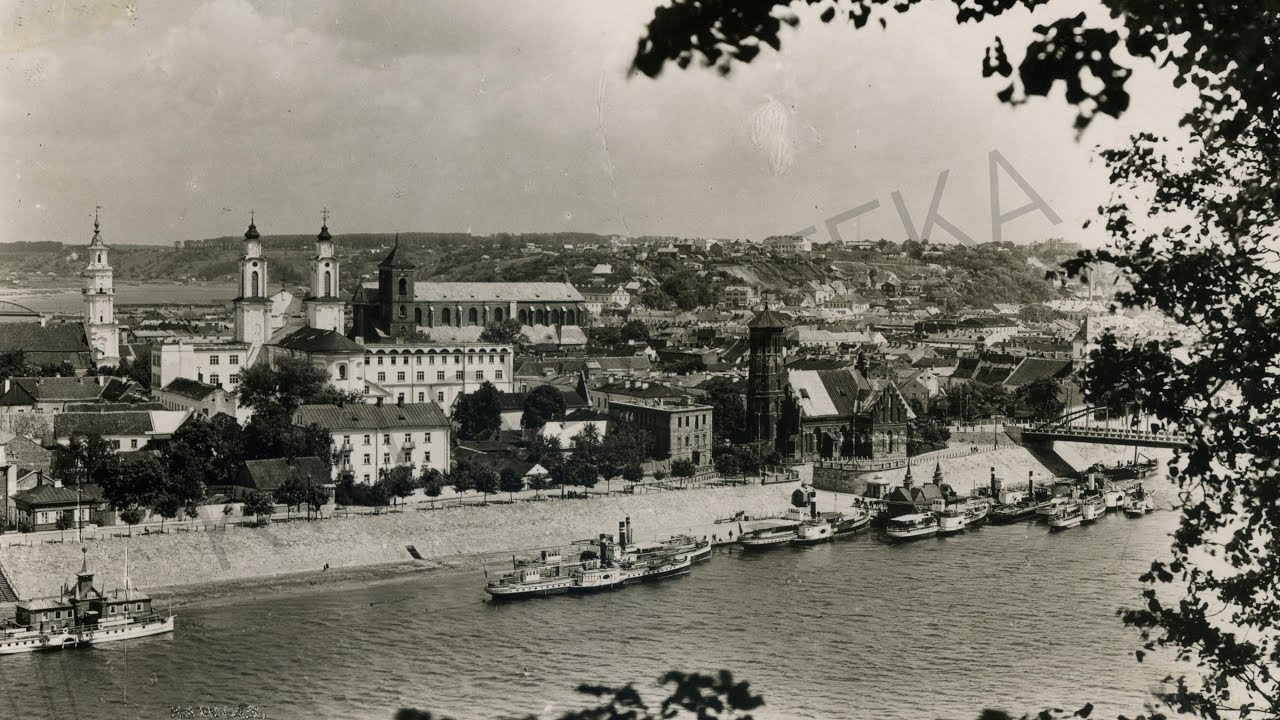